“The display worked beautifully all weekend! Really easy for both of us to see while on stage, the lighting was not harsh at night. And the alerts are useful to get our attention. You can see one pop up right at the end of the stage when our car was getting a little warm. Very impressed with the display!” 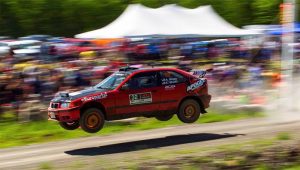 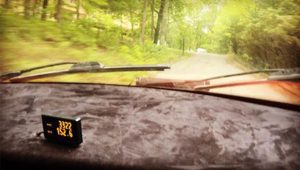 Despite experiencing a motor failure during stage 9 that resulted in withdrawing from the race, they later found out that they were had placed 1st in class for the first day out of a very competitive and experienced group. The team will now continue enhancing their build and have plans to follow-through at the Climb to the Clouds 2017.

More information on the APOGEE BMW can be found here.
In US, the PLEX DASH Displays can be ordered via the ACE PERFORMANCE SYSTEMS reseller.