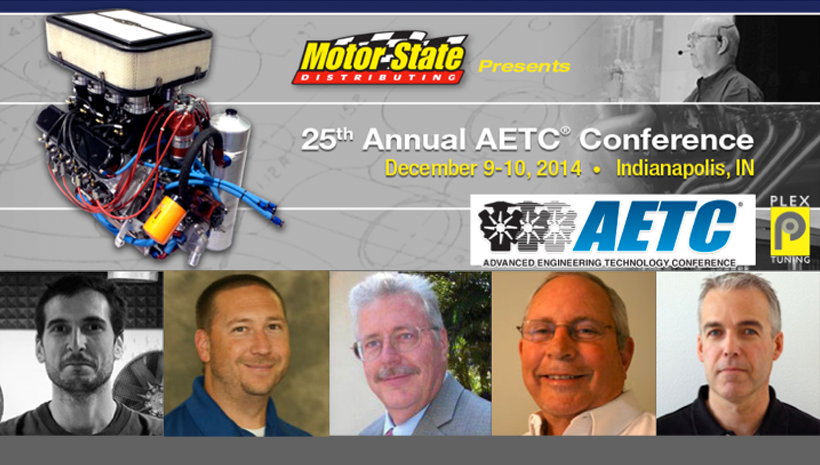 “Winning the Battle Against Knock. A Guide to Understanding Combustion” is the presentation topic Ioannis, the technical director and founder of Plex Tuning, will deliver at the upcoming 25th Advanced Engineering Technology Confererence in Indianapolis, IN.

Plex Tuning is proud to be invited as a key presenter at the industry’s most notable technology conference that is taking place for the past 25 years just before the annual Performance Racing Show in Indianapolis, IN, USA. Ioannis Andrianakis will share his experience in regards to detecting, managing and leveraging knock towards optimised and safe performance improvements. His presentation will cover the technological histrory of knock detection that goes back to World War II aircraft engines, the different knock detection and knock control methods with their relative strenghts and weaknesses, as well as advanced knock properties and their chaotic characteristics and also an in-depth analysis of the existing ECU knock control algorithms.

Ioannis Andrianakis is the technical director and founder of Plex Tuning, a European company that focuses on combining motorsport engineering with high precision and simple user interface and which produces performance electronics & test-bed instrumentation solutions.

He began his involvement in tuning nearly 20 years ago when still at school and soon found himself fully immersed in EFI calibration while studying for an engineering degree. It did not take long until he professionalized his knowledge and founded Plex Tuning, initially as a tuning calibration provider. His scientific approach coupled with his broad skills that cover mechanical, electrical and software engineering, have earned him a reputation of a sought-after expert for challenging engine calibration projects.

He has consolidated over 10,000 hours in dyno cells and has been distinguished among the top tuners in Greece being involved with the success of many championship winning race cars. At Plex Tuning he is responsible for R&D, product engineering and technical consulting.