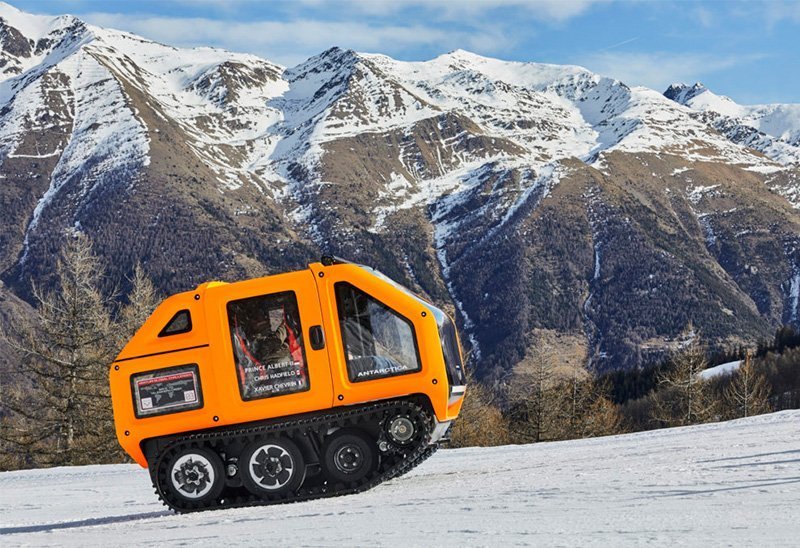 “It is with great pride that I take this opportunity to discover the first polar exploration vehicle developed by Monegasque car manufacturer VENTURI, to whom I offer my thanks for having risen to this formidable challenge. The VENTURI Antarctica will be a significant asset for improving our understanding of the polar regions, the first to be impacted by the effects of climate disruption,” stressed H.S.H. Prince Albert II of Monaco.

FROM PROTOTYPE TO FINAL VERSION
Between 2013 and 2015, VENTURI Automobiles developed a prototype for the Antarctica, which was initially tested in a cold region of Europe. Making good use of the data collected from this first version, as well as the technology developed for its race cars (which use the same battery cells), the VENTURI engineering team has now come up with a second version: equipped with higher performance battery technology and improved overall efficiency, the Antarctica has wheel-mounted caterpillar tracks, 2x60kW power and weighs in at around 2 tonnes. Designed to operate in the extreme conditions of Antarctica, it can carry three people, as well as luggage and equipment. It has a range of approximately 45 kilometres and a speed of 20 km/h in realistic operating conditions.

“BACK TO TELEGRAPH CREEK”: FIRST TESTS UNDER REAL CONDITIONS IN CANADA

Following its official presentation at the Prince’s Palace, an event attended by and held at the initiative of H.S.H. Prince Albert II of Monaco, H.E. Bernard FAUTRIER, Vice President and CEO of the Foundation, and Gildo PASTOR, President of VENTURI Automobiles, the Antarctica will undertake a unique expedition in Canada which has been titled “Back to Telegraph Creek”. On 6 and 7 March 2019, the vehicle will pay a symbolic tribute to the Croisière Blanche in 1934, one of four Citroën rallies during the early twentieth century. At the controls of the Antarctica will be Prince Albert II of Monaco, Xavier CHEVRIN, President of VENTURI North America, who led VENTURI’s previous missions (see paragraph below), and Canadian astronaut Chris HADFIELD. They will take turns at the helm to cover a 42 km route between Dease Lake and Telegraph Creek, the final part of the expedition which was not completed due to the nature of the terrain and the severe weather conditions at the time. 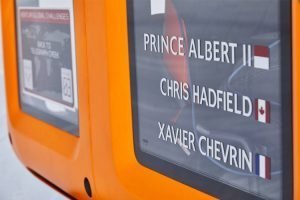 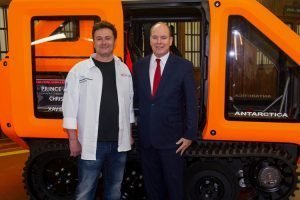 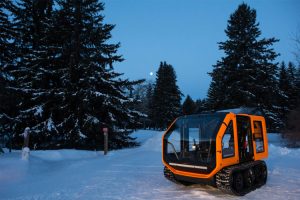 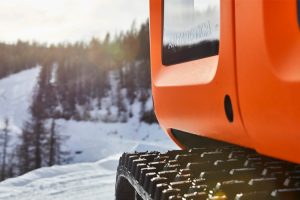 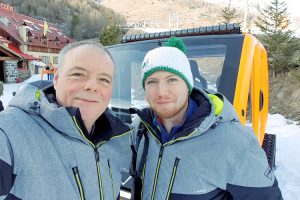 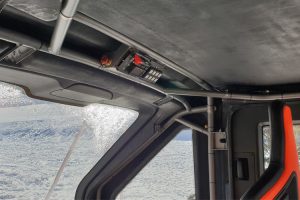 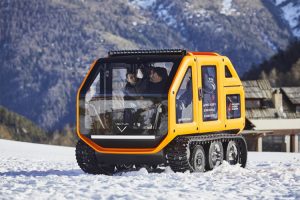 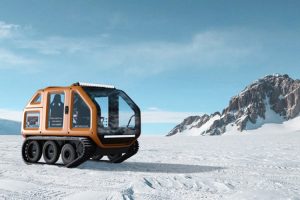 “Back to Telegraph Creek” is one of the VENTURI Global Challenges, missions organised by VENTURI Automobiles to test the company’s electric vehicles in the most extreme conditions and most challenging terrains on the planet. The recurring theme of these missions is the most daring adventures by car of the last century, retracing the routes of the Citroën expeditions from Shanghai to Paris and from Nairobi to Johannesburg, for example (the Croisière Jaune and Croisière Noire). During these challenges, VENTURI Automobiles has set several records and achieved a number of world firsts, positioning itself as a pioneer and leader in the field of high-performance electric vehicles.

“Back to Telegraph Creek” is the first major test for the Antarctica. It will also be an opportunity to confirm its reliability and capacity to withstand the most challenging climatic conditions, with the spectacular and imposing landscapes of the Tahltan Reserve in the wild Stikine River region providing the backdrop.

At the end of this mission, the vehicle will be sent to Antarctica to give scientists on the ground a solution that will allow them to access study areas, while avoiding the pollution that is inherent in the use of vehicles powered by combustion engine. But the story doesn’t end there – VENTURI Automobiles is not ruling out the possibility of creating new versions of its vehicles for entirely novel uses.

At PLEX, we are a proud and honoured that our uSDM-102 Pro Micro Display passed the tests for this outstanding project and is now installed and customised to provide critical engine data for the Venturi’s expeditions.